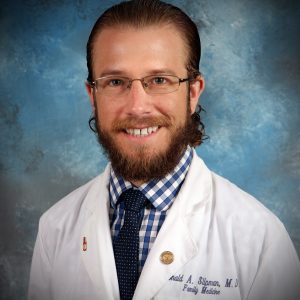 Ronnie grew up in a rural area outside of Alexandria, Louisiana. He attended Washington University in St. Louis, where he graduated summa cum laude in French and Biology, completing an honors thesis on the doctor-patient relationship as portrayed in 16th century French literature. After college, he returned to Louisiana to attend Tulane University School of Medicine with an interest in rural medicine. Outside of medicine, he enjoys running, cycling, kayaking, and spending as much time outdoors as possible. After residency, he looks forward to opening a practice in an underserved community in Cajun Louisiana where he can integrate his French background with medical practice.