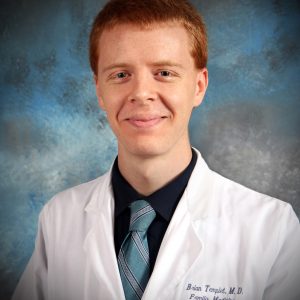 Brian Templet grew up in Washington State but comes from a family deeply tied to Morgan City, Louisiana. He came back home to Tulane University and became one of the first two members of a combined B.S. to MD accelerated degree. After two years of college and one of being an AmeriCorps VISTA in New Orleans, he went to medical school at Tulane where he began his work in family practice. After residency he’ll do four years of active duty in the Navy.